Challenge with a bit of history – a peyote ring

My adventure with peyote stitch started when I was doing my tourquise necklace, I was bezeling the cabochon then, today I will use even count flat peyote to make a ring, which will allow me to get to know the stitch pretty quickly and I will be able to see the results soon. But let’s start from the very beginning and at the beginning there was a cactus 🙂

I was surprised myself, but I’ve read that ‘peyote’ technique originates from a 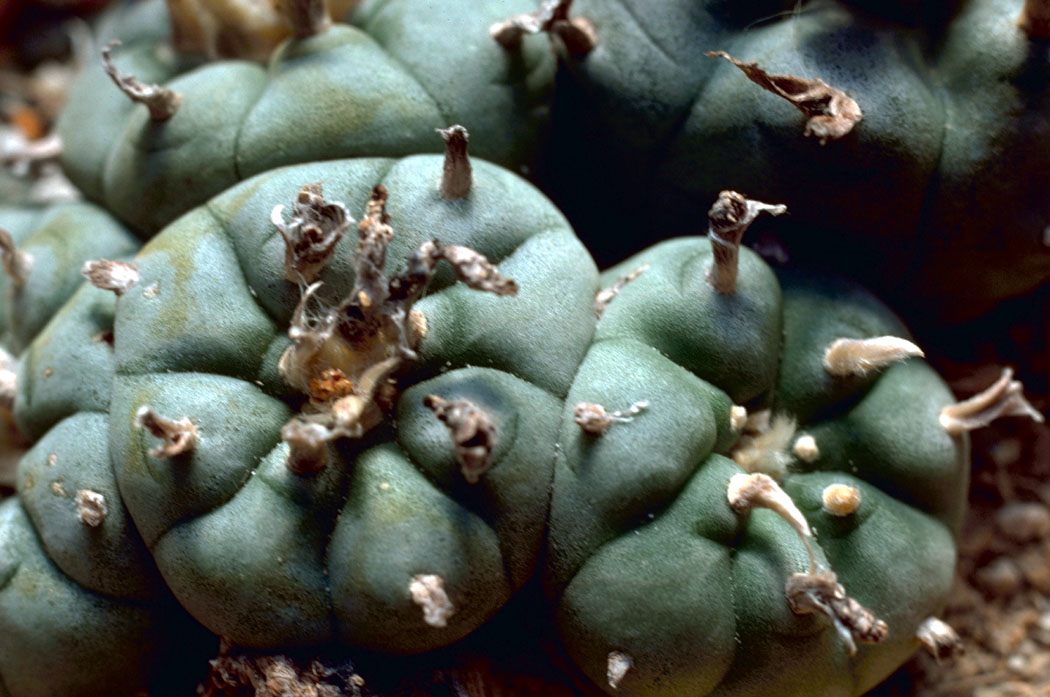 thornless cactus growing on deserts of New Mexico and Texas. It is called a Lophophora williamsii or peyote in literature and is known for its 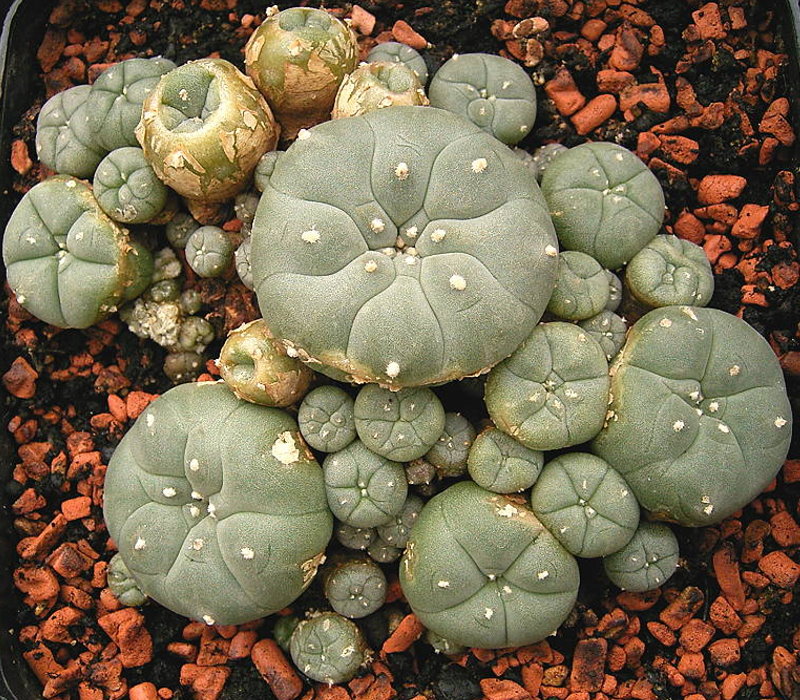 psychoactive and psychedelic properties. (you can admire it on the photos above). The use of peyote has a long history deriving from Mexico. It was the Kiowa and Comanche Indians, who first learned of this sacred plant. Indians in the United States had been restricted to reservations by the last half of the nineteenth century, and much of their cultural heritage was disappearing. Faced with their cultural extinction, a number of Indian leaders in Oklahoma, began spreading a new kind of Peyote cult – a mix of Christian and Native American spiritual beliefs. It is estimated that there are between 250,000 to 400,000 members of the Native American Church in the USA today. NAC  is also known as Peyotism or Peyote Religion and is one of the official religions in the USA.

Key to the spiritual rituals of members of the Native American Church is the use of a peyote cactus ( nowadays it isn’t illegal to ingest the plant during the ritual ceremonies!). Members of the church believe that peyote is a gift from god, which enlightens your mind, helps with problems and with contacting supernatural forces. 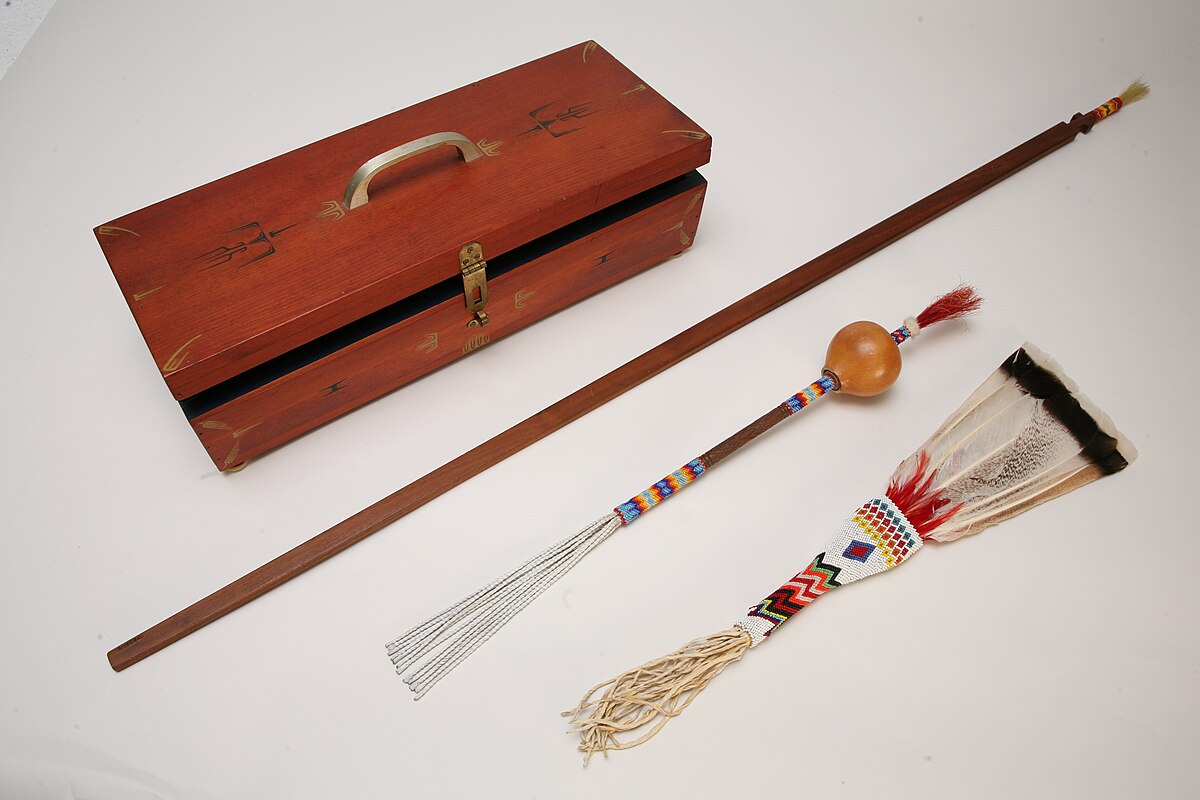 Many of the objects used in the peyote ceremonies of the NAC (e.g., handles of fans, rattles and sticks) are decorated with the peyote stitch. There is also the debate going on whether or not those of us who are not members of the Native American Church can use the term ‘peyote’ to describe beadwork on objects, which aren’t used in peyote ceremonies in the NAC. Unfortunately, it isn’t clear when Plain Indians first used the peyote stitch. Some examples have been found around the mid -1800s of young Western Apache women’s puberty ceremony T-necklaces. Sometimes the peyote stitch is called as gourd stitch, because it was used in decorating gourd containers with beads.

Can you believe that all of this is hidden behind the peyote origins?

Finally, I would also like to mention about the Polish accent in the whole peyote story. Stanisław Ignacy Witkiewicz, Polish writer, painter, philosopher, playwright, novelist, and photographer who was experimenting with narcotics, including peyote and created most of his works under the influence of that psychotic.

To the main point, types of peyote

And now getting to the main point, there are four types of peyote stitch:

2. Tubular (even and odd) – worked around a dowel to help the beadwork keep its shape for the first few rows

My struggles with peyote

Today’s ring was done with even count flat peyote, I read that it’s the easiest one to learn on. After the beading, the stitch looks like a brick pattern. To make the ring I used toho beads 11/0 in one colour, nylon thread and a needle size 10. The tutorial from Potomac Bead Company was very helpful, it explained each step very clearly from the begining to the end. So with no hesitation I rate it with 5 out of 5 stars

The ring was made with four beads in a row. The beginings were difficult as usual, but the stitch turned out to be very easy, and when I say it is very easy, it means that you shouldn’t experience  any difficulties with it.

I made two rings in homogenous colour with embellishments. The only problem I came across during the work were kinks, every time when they appeared on a thread, I was afraid that I’m not gonna be able to untangle them and it would be the end of my work…fortunately, nothing like that happened. I have to mention that one ring was made using the nylon thread and

the other using a line, I definitely recommend you to use the line, the ring is more stiff and its shape looks like a real ring, the other one is rather loose. However, on a finger they both look the same.

It’s obvious that my adventure couldn’t just end like this, I decided to make one more ring, this time with a pattern on it. I found some patterns right here and then it all started…. I spend about two hours trying to decipher them… ech….

I even made a template to help me to string the beads in the correct order, but it didn’t work out.

As you see on the picture above I came up with the quite complicated method of my own. I just ticked the rows I have already done with different signs, then started new ones, and so on and so forth. The pattern began t

o appear so I was happy. But suddenly I had to stop beading to do something else, and when I came back to my work, I noticed after a few rows, that there is something wrong with the pattern on my ring. Remember not to turn your work up side down by accident, because your pattern will go wrong. I had to unravel the last few rows and bead all over again.

Let’s have a look at the rings now:

A safety pin jewel – say what?!